There is, however, some provision for themes, in that the Old Testament reading can be chosen either to run continuously or to be chosen because it relates to the Gospel. No such provision is made for the New Testament reading. Material from St John 's gospel is introduced at various points, especially at Festivals and in the summer of Year B. The books provide a number of alternatives, rather than a single form, extending the process begun with the Alternative Services Book , but with the clear intention that it be treated as a resource book rather than used for worship.

The expectation contained in the electronic version is that parishes will print or project onto screens texts for each week.

The Service of the Word, authorised earlier but now incorporated into Common Worship , somewhat resembles the Directory for Public Worship produced during the Commonwealth , containing as it does directions as to structure rather than a full liturgy. The "common" of Common Worship is in the framework and structure for each service but then allowing for a variety of prayers and resources to be used within those common structures.

In that respect it is a departure from Cranmer 's principle of uniformity: 'from henceforth all the whole Realm shall have but one use'. The desire for diversity and variation has been criticised by some scholars, such as Mark Dalby The Renewal of Common Prayer ed Perham CHP , as making light of the principle of worship being 'common prayer'.

Common Worship bears more than a passing resemblance to the pre-Reformation church of which Cranmer commented 'many times there was more business to find out what should be read than to read it when it was found out'. Others, however, have challenged this view. One other respect in which Common Worship differs from its predecessor is in relation to the saints.

While in the main volume only one eucharistic preface is provided for the saints, other books in the series particularly Common Worship: Daily Prayer and Common Worship: Festivals provide far more resources. The provision is distinctly Anglican, however, in that individuals are included who have not undergone formal canonization.

The text tends to avoid statements about the eternal destiny of those who are celebrated.

The services and resources that comprise Common Worship represent the latest stage of a process of liturgical revision that began in the s. They were originally drafted by the Liturgical Commission. The Commission is made up of a variety of people with different expertise, including lay people, parish clergy and bishops, liturgists, and theologians. The material was passed on to the House of Bishops , which amended the material as it saw fit. It was then presented to the General Synod.

Forms of services that were alternative to equivalents in the Book of Common Prayer were debated by Synod and revised by a synodical Revision Committee in the light of the comments made by Synod members and the wider public. The House of Bishops then reconsidered them, put them into their final form and submitted them to the General Synod for Final Approval as Authorized Services.

To be authorized, each service had to gain a two-thirds majority in each House of the Synod bishops , clergy , and laity. Additional material, which had no equivalent in the Book of Common Prayer , was debated by the General Synod and then put in its final form and Commended by the House of Bishops. In the case of authorized services in Common Worship , the Archbishops' Council gave some parishes permission to use draft forms of service on an experimental basis before they were presented to the General Synod.

The services were adjusted in the light of feedback from this "field testing". From Wikipedia, the free encyclopedia. This section contains content that is written like an advertisement. Please help improve it by removing promotional content and inappropriate external links , and by adding encyclopedic content written from a neutral point of view. December Learn how and when to remove this template message. Christianity portal. Typography papers.

I have heard criticisms of the Funeral service too—though I have not used it myself. But, as some of you will know, I could write a whole blog post on the problems with Daily Prayer. Again, pompous language, some frankly meaningless versicles and responses, the loss of some historic and more recent prayers to an appendix on page six hundred and something—and the ribbons! You need a handful to mark all the different places you might go to! Even at the level of the production, something has gone badly wrong.

The typeface Gill Sans was chosen for its style, rather than its readability.

And why, oh why, the innumerable books? I have told CHP this is what they should do next time! The effect of all this has been to increase the polarisation of attitudes to liturgy in the Church.


Whilst there are those who happily continue to use CW as it was intended, many more churches are ditching formal liturgy altogether—and are the poorer for it. This was supposed to be the liturgical revision to end all liturgical revisions, to give us a prayer book for generations to come as the BCP had been hence the echoing of the name —but something went badly wrong. What was it? I would venture to suggest it was the idea that liturgy is the province of specialists, and so what the Church needed was expert liturgy devised by experts. What has resulted is something that is elitist, complex, and anti-missional. 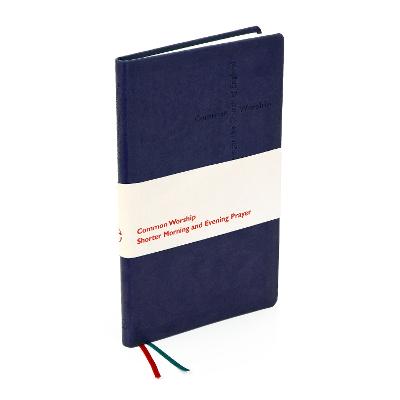 Instead of a million texts we had to follow to the letter, what we should have had was a single text we could use flexibly…rather like the ASB in fact! However, I hope they do something clear with the baptism service. Paul, I am really interested in your reflections. I had imagined that my rant about CW would be met with disapproval from liturgists! I did quite a bit of reading around the origins of Common Worship for my research thesis on the Role of Computer Technology in worship and found it fascinating.

I think one of the problems is that the great move from texts to structure was basically flawed in the emerging computer-based communication culture. Blogs, social media, even TV soap operas do not work in this way. New technology has had a profound influence on the way we think so the book culture no longer holds as it did.

My husband was always keen on promoting new liturgy and served on diocesan liturgical committees, but is not happy with Common Worship, for a number of reasons including too much choice and muddle. He has always felt that a single service book as with BCP and ASB was good as ordinary laity bought a prayer book and used it at home. As a bookseller, I was not surprised that so many churches went down the Visual Liturgy and own booklet route as the only way to guide the worshipper through the liturgy.

Otherwise at a baptism in a Eucharist, with hymns, the congregation would have too many books and heaven help the priest with Collects and Sentences to cope with too.

What is wrong with Common Worship?

In the shop I used to sell a prayer book to people as a confirmation gift as I was able to assure people it was the book the candidate could use in Church. Nowadays that cannot be certain. Like Paul I was involved in some of the Common Worship process. The debate about Baptism at General Synod was only to provide additional material to supplement the provision. Contibutions to the debate generally said that Communion, Weddings and Funerals were not a major problem.

I wonder if the problem is in the minds of the ministers who were so used to the other shape , not the couple?

The Weddings Project has found no complaints about the liturgy. The amount of material is a constant moan. Just look at what CW gives you for Funerals for example. I used loads of it this morning and thanked God for every bit of it. Daily Prayer: the experience from Celebrating Common Prayer was that people liked it, and CW made it actually less complex. Prayer During the Day is a gift: a worshipping structure around engagement with the Scriptures. This is at its most florid in Baptism, which rather over eggs things.